In November 2019 Tony gave his talk “Wales and the Second World: Poets, Painters, Pacifists and my Parents” to the Barry War Museum. There will be other presentations through the year and on October 14th, 2020 he had hoped to  present the talk at the National Library in Aberystwyth.

In 2020 he was to take the talk to the North American Welsh Societies weekend in Philadelphia  Sept 3rd-6th. He was also to be giving a reading to the Eastern New England Welsh Society in Springfield, Mass. Covid 19 has meant the cancellation of this trip. It is hoped that he will attend the 2021 NAWS event in Ottawa, Canada.

In March he was to be at the Munster Poetry Festival in Cork, but this also fell victim to the Covid crisis. He hopes to attend next year.

STILL AVAILABLE FOR BOOKINGS IN 2021 and beyond….

2018 – Tony  undertook a tour of his illustrated talk “The Great War: Pembrokeshire to Passchendaele and Perth”, which will wove stories about his family at war and some of the most notable writings and art of the conflict.

From Pembrokeshire to Passchendaele and Perth: my family in the Great War

2018 was a special year of remembrance as the War to End All Wars is commemorated after one hundred years. Tony Curtis undertook a schedule of Powerpoint illustrated talks and readings from his work and from the classic World War One poets and art.

In this he traces some of the stories of the Curtis and Barrah families from Tallyho Farm in Llangwm to the Battle of Jutland, the Battle of Cambrai and a grave alongside those of Chinese labourers; to Perth, Australia and the ancient kingdoms in Mesopotamia. The remarkable narrative reaches as far as contemporary Hollywood. He will read from the work of amongst others Siegfried Sassoon, Kate Roberts, Hedd Wyn, David Jones, Wyn Griffiths, R.S.Thomas and Bertrand Russell. He will illustrate his talk with the art of Paul Nash, David Jones, E.H. Shepherd, Lucy Kemp-Welsh and Frank Brangwyn.

Tony has produced three books on the subject of war and is the only poet from Wales to have published a collection dedicated entirely to the subject.  War Voices (Seren 1995) brought together poems from the American Civil War, through the two world wars to the Balkans conflict and the nuclear threat. And his anthology After the First Death is a definitive collection of the Welsh experience of War. Seren published a companion volume of essays: Wales at War: Critical Essays on Literature and Art. 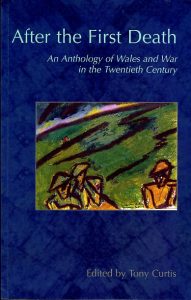 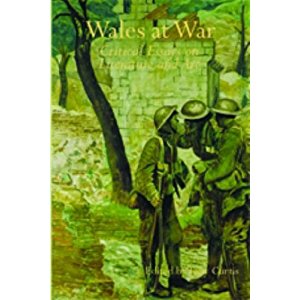 Tony has researched the Great War experiences of both his Pembrokeshire and Berkshire families. Every region and nation in Britain and its empire served in the war and suffered huge losses. Remarkably though, three of the most significant Great War writers served in the Royal Welsh Fusiliers: Robert Graves, David Jones and Siegfried Sassoon and there is a particular Wales contribution to the fighting and to those objectors of conscience. There will be readings from these writers and others from Tony’s Seren anthology After the First Death as well as his own poetry and recent research. The Barrahs from Pembrokeshire and the Curtises from Berkshire served and died in conflicts from South Africa and Mesopotamia through the Western Front to the North Sea. Tony will weave together untold, remarkable stories and some of the most memorable writing of the century in a tour that already takes in three festivals and National Museum of Wales and the National Library of Wales.

James Charles Thomas, the writer’s Gran’s cousin who died Nov. 1917 in the Battle of Cambrai. In the twelfth century the Llangwm area was settled by Flemings brought over by Henry I; James by dying in Flanders was completing a circle.

Below are Fred and Jack Barrah in Australian Light Horse uniforms with their mother Sarah just before embarking for Europe and the war in 1915. They were descended from my family who emigrated as “Diggers” in 1856. Both men were wounded, but survived. 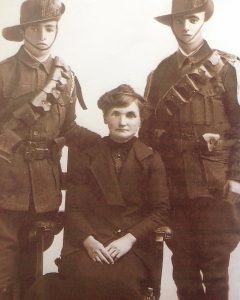